Despite 1 in 10 people living with Polycystic Ovary Syndrome (PCOS), it is still widely unknown, undiagnosed and in turn left untreated. Thankfully, conversations about PCOS are becoming more common and there's a growing understanding of the signs and symptoms, which is key to awareness and earlier diagnosis.

We spoke to Kelly and Matilda, friends of Youswim, who told us honestly about their difficult diagnosis, coming to terms with their condition and the solace they find in knowing they're not alone. 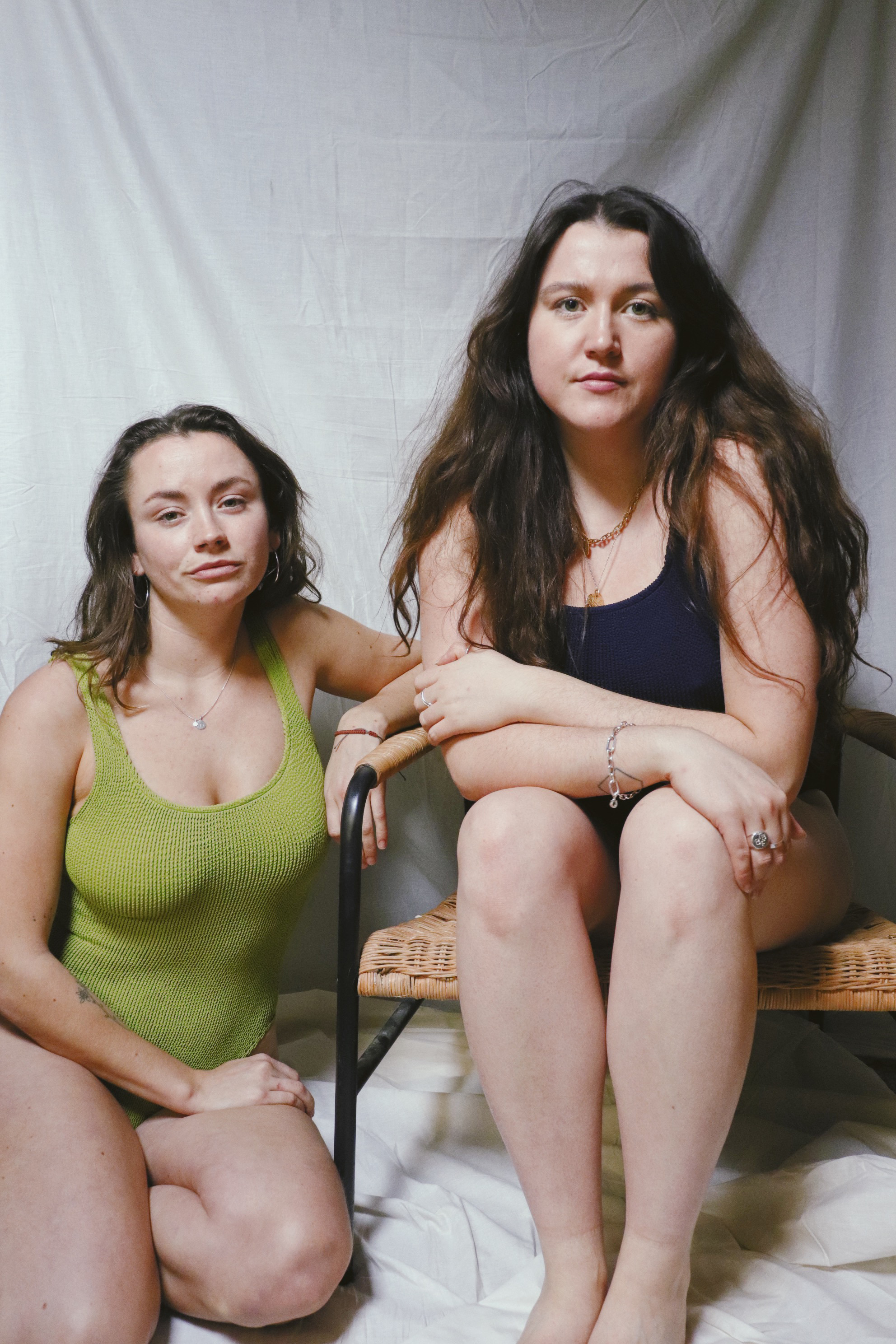 For a condition affecting so many, it’s quite disappointing that there’s still a lack of awareness and understanding of Polycystic Ovary Syndrome (PCOS). Tell us about your experience of being diagnosed.

Kelly: I started missing my periods when I was 28 years old, so I went to the doctor, and it took ages for them to diagnose it. At first, they did a blood test to check my hormone levels, and then eventually, I had an internal ultrasound and I had to wait about six weeks to be finally diagnosed with it.

By the six-week mark, my periods had gone back to normal and I had no other symptoms. When they finally did call me to tell me that I had it, they told me to be more healthy, insinuating that I wasn’t being healthy and that it was my fault that my symptoms were worse.

Throughout the whole process, it felt like there was an undertone of judgement which was quite difficult to hear, and it just really feels like there’s not much research on women's health, and that’s why their diagnosis and help were so vague.

Matilda: Likewise, it took ages for them to say what it was. It was the classic ‘oh, it’s probably a UTI; have you done STI tests’ etc. I had always had irregular periods anyway, and I thought that was what ‘normal’ looked like for me. I finally got diagnosed because I had terrible abdomen pain one day, and I called my mum, who made me go to the doctor, where I was sent for a scan.

Finally, weeks later, the doctor said, "Oh yeah, you do have cysts in your ovaries which can lead to infertility, but you don’t need to worry about that now”. The flippant remarks about infertility were most shocking for me because I’m baby-mad. The thought of having trouble conceiving was terrifying, especially finding out about this in my early 20s.

Once I was diagnosed, I had blood tests every six months to check on my hormones and was told that it’s all about managing your symptoms as they come, which they said they could help with making your periods more regular, helping you manage your weight, but there’s no actual cure.

The lack of awareness around this condition means that most people don’t know what to look for. Could you tell us what symptoms you’ve felt and any specific things you’ve found to alleviate some of them if any?

Kelly: I started growing more hairs on my chin, which I initially thought was just a part of ageing, I didn’t even think it could be PCOS, and then I missed my period for about two months and felt more bloated than was normal for me. Since diagnosis, no one has told me how to manage my symptoms specifically. I was told to eat healthily and exercise, which I have been doing, and I have definitely noticed a difference.

Matilda: My symptoms are like regular period symptoms but exacerbated, alongside missing my periods. I’ll also have the odd hair, and my mood swings have worsened, which doesn’t help my anxiety. My advice would be to notice any changes in your body and don’t be embarrassed to mention them to your doctor. Check your discharge and keep track of any additional hair growth or pains you might experience. I would also say that so far, it has been okay, so try not to worry.

The symptoms are very physical. Has it affected your relationship with your body, and if so, how?

Matilda: Definitely. It’s pretty tough when the bloating and swelling causes your clothes not to fit correctly. Sometimes I find myself feeling angry towards my body for that. But I think getting older, as clichéd as it sounds, is making me accept my body more. Or at least it’s making me try harder to accept it, but it’s still a big struggle, especially when I get random shooting pains in my abdomen or any of the other lovely PCOS symptoms.

Kelly: I am more conscious now that if I eat unhealthy things and don’t exercise regularly, then my symptoms will worsen. I also remember when I first missed my period for 2-3 months, I really longed for it. I actually wanted to feel the soft aching I was so used to every month. So I guess I also have a greater appreciation for my body now.

It shows that PCOS is much more common than you think, seeing that two close friends have been diagnosed with it. Does it make it easier to know you have each other to talk about it, and do you have any advice for someone experiencing it alone?

Matilda: It is nice to know that someone close to me has it because we can talk about the nitty gritty bits of it that you might not want to talk about with people that don’t experience those things.

Kelly: Yeah, it definitely does help, and I’ve found it comforting knowing that my friend from uni has had children, and it doesn’t necessarily mean that you will be infertile. It’s also comforting that the more people you know that have it, the less scary and serious it seems. If you feel alone, you could open up that conversation with your friends because it’s highly likely that someone you know will have it, as it affects so many people.